There was a time, before I knew anything about human capital management (or even that the formal acronym “HCM” existed), when I worked writing project proposals for a civil engineering firm. Most of the firm’s projects were environmental. Think Superfund site cleanup, this sort of thing. The firm also responded regularly to requests for proposals regarding the design and construction or responsible decommissioning of wastewater and drinking water treatment plants.

At the time, another thing I didn’t know anything about was civil engineering. Necessity is the mother of invention, so I learned what I needed to know. And one thing I learned is this: when the source of a liquefied toxic substance breaches whatever contains it and gets into the ground, the extent of the seepage, the volume of soil contaminated, is the plume. Let’s say the contaminant is mercury. “The mercury 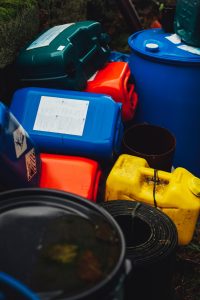 plume had reached the edges of a tributary stream to the Connecticut River. To slow the spread necessitated burying an artificial partition, which the firm constructed and installed,” is something I don’t recall writing, but just as well might have.

This kind of phraseology pervades proposal writing in the field of civil engineering. And it’s where it got into my head recently that a plume could be an analogy or metaphor, and that not all such plumes are detrimental. They have their origins and their full reach. They may expand without our knowing or have effects we may be unable to quantify, but know exist even so. They have their borders or limits. We must manage and understand them.

You get the idea. A plume could describe the value of HCM.

There was a time much later in my professional life when I likened payroll and workforce management as something akin to ground zero of HCM — where HCM delivers the greatest concentration of value to an organization. I no longer hold this view.

Here’s what I mean. A fixation of accounting analyses of any enterprise software deployment is on reductions in labor expenditure. The idea is that this focus resonates most with the chief financial officer. That CFOs are the final arbiters in an organization’s decision on whether to purchase this solution or that is the guiding assumption and calculus behind producing information the CFO will appreciate. In the realm of HCM, therefore, accounting analyses focus on gains in productivity from newfound efficiencies stemming from software-as-a-service applications lessening the administrative load associated with traditional, conventional HR. They’re the kind of results everyone should expect from deploying capable, modern SaaS for HCM, and we frequently document these benefits with our case studies. Following are examples: 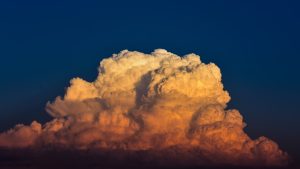 What Is the HCM Value Plume?

Notice some of those titles. They indicate a scope of benefit well beyond newfound efficiencies. Accounting measures a reduction in labor expenditure and calls it a “gain in productivity.” I want to know what happened next. Don’t you? With their newfound time, what were employees able to do for the organization, and what dollar value did this bring to the business?

From everything that I’ve heard and learned, it’s impossible to know with precision. But we know a few things. We know an unknown increase in revenue likely came from an improvement to HCM because there was a resulting impact on the employer culture and brand, the employee experience, employees’ knowledge, and on productivity itself.

We don’t know that value exactly, but this is where the real and most value in HCM resides — not in labor cost efficiencies, but in greater revenue possibilities. Everything people-related that can potentially bring in greater revenue is part of the HCM Value Plume.

Notably, payroll, workforce management, and the conventional silos of talent management, as well as talent acquisition and learning and development are all comparable tributaries to the HCM Value Plume. You never know exactly how far it extends, but the HCM Value Plume pervades the organization. Just because this value is only estimable at the outset of an HCM software’s deployment and only “approximable” by way of benchmarked before-and-after analysis, doesn’t mean it doesn’t matter, isn’t real, or was never the most important thing.

The idea behind saying “a gain in productivity” falls woefully short of capturing the potential upside of a productivity gain — in HCM especially. These gains translate to value amounting to much, much more than the dollar amount in labor expenditure corresponding to the time saved with a newfound efficiency. In fact, let’s be bold. The term “productivity gain” practically trivializes these gains as afterthoughts of no value beyond their underlying origin, the increase in efficiency.

Twice now, I’ve worked on the vendor side of HCM software. I have 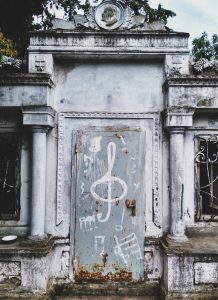 seen things and have more to say. You’re reading just the first installment of a blog series challenging readers to consider the value of value found in HCM in new ways. We all know organizations need productivity to survive. But an organization inspired — an organization on a mission and springing forth with market-leading innovation that puts money in the coffers — does not point giddily to gains in productivity, important as they are, and leave it at that. To thrive, an organization must do much more than account for the mere ghost notes of their new deployments of software for HCM.