The future of work has potentialities far and wide. Delve into any one aspect of it, and you quickly find yourself deep down a fascinating rabbit hole contemplating what seems like a nearly incomprehensible theory of everything. Because of this, it appears inadvisable to try to present a unified meta-theory encapsulating everything about the future of work in a single blog entry. Wisely, this blog entry attempts no such thing. What you’re reading, rather, is the first of many interrelated meditations on the future of work. Each will prompt the next. 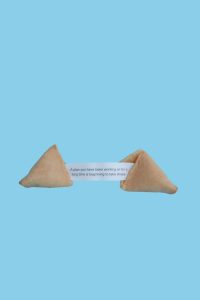 Death to the Annual Review

“Are annual reviews a thing of the past?”

And look at this five-year-old article at SHRM. The speculation has festered for even longer, and the theme has become de rigueur for a reason. We’re heading away, yes — far away — from annual performance reviews and many other mainstays related to the assessment of people in most exempt job settings. But we’ll never get all the way there till today’s concept of having a job becomes a thing of the past, too. That’s a ways away. But it’s coming nevertheless in the form of an inevitable point of interest along our journey into the future of work.

Put simply, the maturation of the gig economy will eventually leave the inflexibility of full-time job titles or roles with no place. This is part of the rabbit hole, so let’s leave aside for another time why the idea of a full-time job is going away. For now, let’s train our focus on the annual performance review. Let’s admit that annual performance reviews are the past of the future. They aren’t a thing of the past yet. But they will be, and this is because the idea of a job in the future of work will be so different from what a job is today, that the idea of formalizing the review of performance and the authority implicit in this notion will have no logical place and, therefore, disappear.

Death to the Boss

Don’t misunderstand. This isn’t blood lust. We’re talking about the concept of a boss, the vanishing relevance of the role. 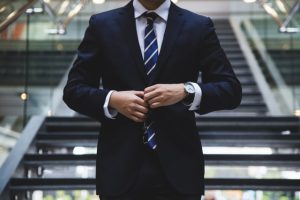 Imagine a world where an annual review makes no sense. This is not science fiction. Though the thought may seem preposterous, there will be no bosses in the future of work. There will be leadership, yes, and there will be structure to teams. But the archetype of a boss will have dissolved into nothingness. Bosses cannot operate in an environment that already crowd-sources the role of referee, transforming it into a composite of partners, teammates and customers. In the future of work, in other words, the need to satisfy all who have a stake in any final product will be so viscerally consequential to all contributors on the project team, that it will become arbitrary and counterproductive to assign any one individual the role of enforcing fidelity to the goal of excellence, the foundation for customer satisfaction.

You don’t believe it? Look at the efforts of formidable newcomers such as Fuel50 and Gloat. Through improvements to workforce agility, the objective is to equip employers to form constantly evolving teams whose holistic makeup is flexible and, thus, always as well-suited as possible to the tasks at hand most important to organizational success.  Artificial intelligence in the technology helps employers identify the internal talent they have at a velocity that, conceiveably, can accelerate the formation and disbandment of these purpose-built teams as needed. Today, people decide what those tasks are. In the future of work, AI will read the competitive landscape and a host of other factors to identify the most important work necessary at any given time, for the organization to succeed. Fixed job positions, teams and organizational divisions can’t possibly be part of this equation. 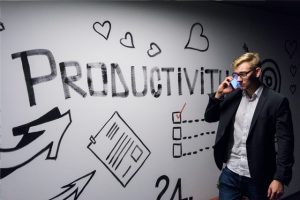 What will this new normal mean for the assessment of individual contributors’ performance, long the boss’s domain? Bear in mind that an assessment by an assigned other person has always provided a proxy understanding of any individual’s impact on a team’s performance and, by extension, the organization’s. That performance is ultimately measured in the perpetuity of the organization the team serves. The need for an assigned person to assess individuals’ performance lessens in direct proportion to how close the individual’s output is to the ultimate beneficiary of that caliber of performance. Beneficiaries are coworkers and customers of the product or service created, and in the future of work the buffers between individuals’ contributions and the stakeholders these contributions affect will be threadbare.

In the future of work, no one person who observes the individual’s performance will occupy the seat of power, the boss position, to assess the performance formally, with consequence for the evaluated; consequences will be organic and reciprocal, instead, between team members and their collective impact on external stakeholders — namely, the customer. There will be no authority codified in rules; there will be AI’s decision-making, instead. None of these contributors, by the way, will have considered herself to be the boss or in charge of anything other than what she knew she needed to do for the project for it to succeed. The contributor will see maintaining and improving his standing among others as his sole objective.

Assessment as we’ve known it is an inefficient, very analog process. In the future of work, contributors’ effect on the organization will grow ever more direct and visceral. Why? Teams formed by AI will be of more consequence to organizational goals and objectives. Within them, the pretense of entrusting any one person with the task of evaluating another’s performance will become indefensible. Any evaluation coming from such an ill-advised approach would be replete with inaccuracy and relevant only by chance, if at all.

No Holacracy Without AI

We are barely at the leading edge of a reality where any of these ideas around organically forming teams and the freely flowing talent to fill their ever-changing rosters can exist. But we’re going there. In the meantime, yes, we should heed the cautionary tale of Zappos and the failure of holacracy. Flat organizational structure is not yet possible, and middle management is an analog necessity today. In the future of work, however, it will be an inefficiency organizations will clamor to eliminate — just as they do any administrative, manual inefficiency that technology available in 2021 can eliminate. The ability of AI to source internal and external talent for us will hasten the extinction of traditional, conventional organizational structures. So will the visceral outside pressure of competition to which AI will expose teams and every individual on them.

There is much more to this. Don’t forget: You can’t present a unified theory of the future of work in one blog entry. Beyond the idea that the concept of a full-time job is going away, for example, there’s the idea in the future of work that hiring — but not onboarding — will be a thing of the past, too. And, importantly, what are we to make of a world that cedes decision-making to AI? In marginalizing the imperfect decision-making of people, will we introduce unknown biases whose ramifications we cannot predict? Stay tuned for more meditations on the future of work.