This blog recently covered performance reviews and the future of work. Specifically, we explored why annual performance reviews will — eventually — become a thing of the future’s past. Part-and-parcel of this is the inexorable march toward workforce agility, which will spur — also eventually — self-forming teams, an attendant demise of the role of manager and extinction of job titles. Where do the conventional instruments we’ve known for evaluating employees sit in this vision of the future of work?

We might not even call them employees or workers anymore. I’ve heard the term “contributors” bandied about and like it. Through advanced artificial intelligence, this will look nothing like the contentious relationships between so-called gig workers and the likes of Uber et al. Regardless, we humans certainly won’t be the ones doing the evaluating anymore. So, just as the annual performance review will become irrelevant in the future of work, so, too, will the traditional resume. 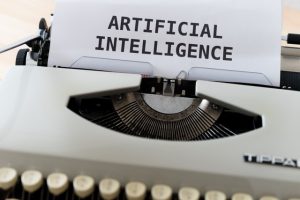 As far out as this future of work sounds, it’s a vision with roots far in the past. There’s a piece from 2021 in MIT Sloan Management Review, “Work Without Jobs.” The writers cite a Forbes article from 1994: “The End of the Job.”

Talk about prescience. I was unaware of that 27-year-old article. We’ll give the guy from 1994 a pass for not mentioning AI. It was 1994, after all. And let’s infer that the other writers indeed expect AI to be a major factor. They should. I’m hard-pressed to see how this future of work is avoidable, frankly, and sophisticated, real AI will be central to the shift.

The Sloan writers do appear to assume the role of manager will survive as an extant fixture in the future of work — even as all job titles fall away. I disagree. As the previous blog entry here noted, this AI will be the death knell to the concept of a boss. Managers won’t exist in the future of work — not most managers, anyway, and this goes beyond the well-documented, ever-accelerating demise of middle-management. There will be organizational leadership, and there will be everybody else.

An entrenched regulatory landscape will play a role in this evolution, at times slowing or accelerating things. But the pace won’t change where we’re heading. And, once we get there, all formal evaluation will go away.

Your boss today has the authority, by way of organizational hierarchy, to tell you what to do and judge your performance in a codified, organizationally-sanctioned manner — i.e., in a way that has official consequences for you. Bosses who are good leaders approach these activities with tact, in ways that inspire their direct reports. These are the only bosses that will remain in the future of work, and they’ll simply be leaders who, in the absence of hierarchy, will neither have nor exercise institutionalized authority.

This means hiring managers, too.

Did you hear that? In the future of work, because of AI’s impact on the organizational structure — namely, hierarchies — there will be nobody whose role’s charter includes the task of formally evaluating another professional from the position of institutionalized authority. And what is a resume, but a document intended for a person in authority to view and then cast a judgment regarding the person whose professional experience it attempts to document.

And yet, all the above captures only the half of it. Resumes will become irrelevant for another reason: impracticality. In an AI-optimized environment akin to one massive gig economy, individual contributors will find it impossible from a practical standpoint to keep a digestible resume at the ready, at all times. What does a gig worker’s resume look like, anyway? Unmanageable, that’s what. 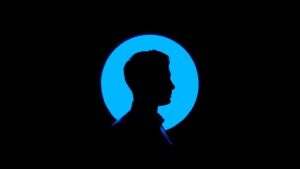 I’ve been there. From 2004 to 2013, I was a self-employed consultant who did scads of work in many, many realms. In 2006, a vein of it intersected with human capital management, growing more and more intertwined with HCM over time. Eventually, a vendor in the space, with whom I’d been contracting, approached me with the prospect of full-time, W-2 work. The time and offer were right, and I said yes. Then, they asked for my resume. Ultimately, so did the background-checking outfit. I got the job. But I struggled with the self-inventory to document and prove my past work history, as a consultant. I succeeded in doing so, but it was not easy, and it was time-consuming.

It’s a challenge that will only exacerbate over time as gig-like jobs (for lack of a better term) proliferate the economy. Here, blockchain facilitates the scale that expansion and increased complexity in the gig economy will bring to related talent acquisition and, therefore, fits into the future of work in an inevitable way. 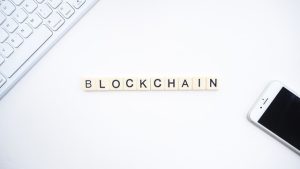 There are myriad potential uses for blockchain in the future of work. For example, professionals could use blockchain to record a detailed, unalterable, shareable history of their career. Furthermore, professionals could automate the curation of their career history with the help of an AI assistant, thus making their background readily available for anyone to see, at any time. This would be especially useful if the viewer weren’t anyone, but, instead, an autonomous, AI-based system in charge of real-time talent acquisition for an agile workforce in the context of a meta-gig economy. In the future of work, this is the type of system organizations in urgent need of talent to populate and complete continually shifting projects will have. In this nearly unimaginably fast, future scenario, a contributor’s past will speak for itself and help ensure that an array of ancillary benefits flow to the professional — for example, pay objectively commensurate to the contributor’s experience and expertise.

Blockchain to the People — and for the AI

I wish I’d had AI-assisted blockchain technology working for me in the background when I was a contractor accumulating a varied, sprawling collection of career experiences all relevant to future opportunities. Technology like that would have greatly simplified matters. As far as the documenting of my professional history went, imagine if I’d been able to “set it and forget it” — leaving to this prosthetic the decision-making of what to include in each block of the chain of my professional engagements. Professionals in the future of work will probably have this ability.

In the eventual, distant future of work, everyone will be what we today call gig workers; the entire work world will be one big gig economy. It will no longer make sense for anyone to spend the requisite, undue time pulling together and documenting information about their professional history and, then, present this static snapshot of qualitative, self-biased data to potential employers. As we noted in the previous blog entry of this series, remember: all teams in the future of work will be fluid. They will form and disband nimbly at the behest of AI, an automation of workflow unfathomable even recently. At most, a human project lead will ensure its success by overseeing the work. And AI, not managers, will do the hiring. 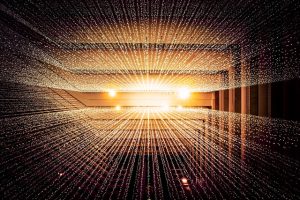 And never mind the inefficiency and inexactness of conventional resumes in this future environment. What’s the need for a resume when no one person has the role of unilateral or ultimate decider? With every potential contributor to any potential project possessing a blockchain-authenticated and verifiable, information-rich dossier of his or her professional history instantly accessible to the AI tasked with pulling together always-temporary project teams, who in the future of work would possibly have the proper vantage point and, thus, be uniquely qualified to exercise sole or final authority in evaluating another person? Who could possibly possess the authority to read the resume, infer the capabilities of the person whose resume it is, and make a decision to hire? Nobody, that’s whom. 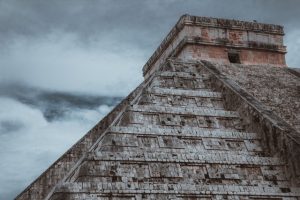 If you think about it, the traditional resume is just another persistent relic from the past of work. In the future, contributors won’t assess potential workers by way of their resumes. The beginnings of this revolution are observable in the work of entities such as the Velocity Network Foundation. A consortium comprising Cornerstone OnDemand, Ultimate Kronos Group, SumTotal Systems, SAP and other vendors of technology for HCM formed this foundation around this time last year to begin exploring how blockchain can transform how contributors (i.e., professionals) present their experience for consideration in future projects — in other words, transform the resume.

This transformation leads to a useful byproduct: the authentication of contributors’ professional past, thus enabling organizations with projects in need of talent, stat, to circumvent much of the time-consuming process to verify someone’s background. (Background checking vendors, take notice.) Whether it is within the Velocity Network Foundation’s present scope of vision for such technology to automate the inventorying of contributors’ professional experience is an interesting question. It should, as this would be a precursor to AI-assisted tools capable of accommodating the velocity of workforce agility in the future of work. Given professionals’ cultural expectation today to enjoy deep input into the presentation of their work experience, early iterations of AI-assisted blockchain to speed talent acquisition should probably include some way for contributors to elaborate on anything they want.

Power to the Humans in the Future of Work

These and other efforts, encapsulated in the concept of an Internet of careers, something Velocity Network Foundation vows to create, sound downright paradigm-shifting (and promising) for the professionals of the future. Blockchain technology will be a necessary tool to support a future of work. It will infuse efficiency into the organic formation of project teams as the AI seeks the right-fit talent for them. It will be welcome and invigorating to individuals as they take digital ownership and control over their background, present their skills in an easy way to others, and snag work on ever more satisfying projects.

And this brings us to the elephant in the room. 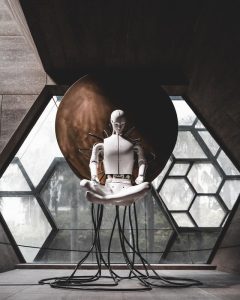 Is this vision unnecessarily rosy? At first blush, it might seem like all this technology may in fact dehumanize the future of work. We’re talking about eliminating the human factor from judgment and decision-making (e.g., performance evaluation, talent acquisition). We’re talking about blockchain potentially blocking professionals from presenting their own side of the story in sharing the history of their work experience. And we’re talking about advanced AI one day shuffling humans from project to project in pursuit of a collective goal that may not consider their individual thoughts on the matter. These are valid concerns.

If you think about it, however, the inadequacies of the human’s view in the workplace is the dehumanizing factor that makes work unnecessarily tough, demoralizing, and unrewarding and leads to dishonesty, bad hires and all the other things that leave a major component of life hugely dissatisfying for many. As the artifacts of the past of work fall away, a future of work will employ AI to take the innate human guesswork out of forming effective, engaged teams and deploy blockchain to take the fog of competing, irreconcilable human perspectives out of talent acquisition. Technology will be a pillar of human empowerment in the future of work.