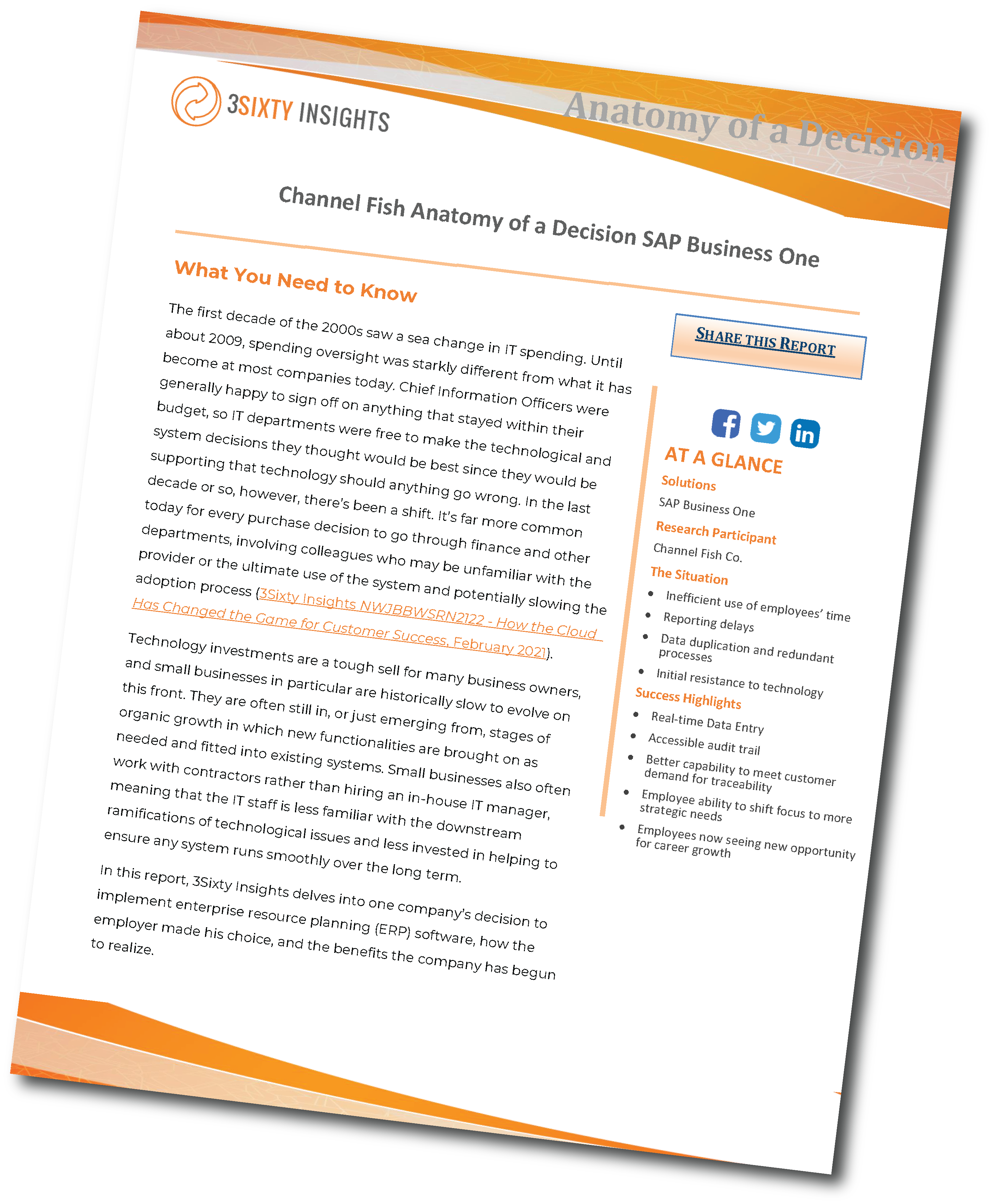 The first decade of the 2000s saw a sea change in IT  spending. Until about 2009, spending oversight was starkly different from what it has become at most companies today. Chief Information Officers were generally happy to sign off on anything that stayed within their budget, so IT departments were free to make the technological and system decisions they thought would be best since they would be supporting that technology should anything go wrong. In the last decade or so, however, there’s been a shift. It’s far more common today for every purchase decision to go through finance and other departments, involving colleagues who may be unfamiliar with the provider or the ultimate use of the system and potentially slowing the adoption process (3Sixty Insights NWJBBWSRN2122 – How the Cloud Has Changed the Game for Customer Success, February 2021).

Technology investments are a tough sell for many business owners, and small businesses in particular are historically slow to evolve on this front. They are often still in, or just emerging from, stages of organic growth in which new functionalities are brought on as needed and fitted into existing systems. Small businesses also often work with contractors rather than hiring an in-house IT manager, meaning that the IT staff is less familiar with the downstream ramifications of technological issues and less invested in helping to ensure any system runs smoothly over the long term.

In this report, 3Sixty Insights delves into one company’s decision to implement enterprise resource planning (ERP) software, how the employer made his choice, and the benefits the company has begun to realize.

Complete the form below to access the full 3Sixty Insights Anatomy of a Decision: